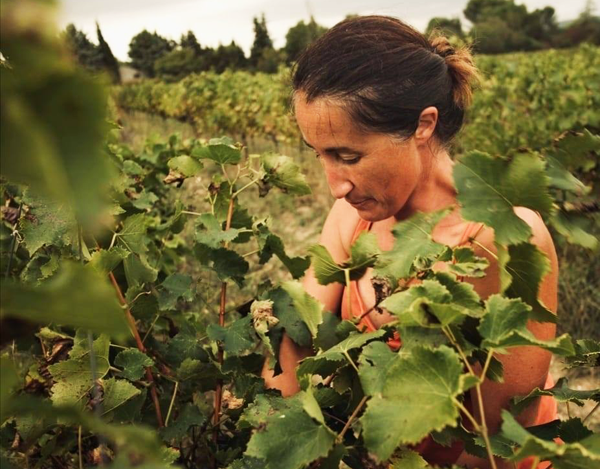 Tasting and meeting with Laura Aillaud during the “Natural wines, living wines” event 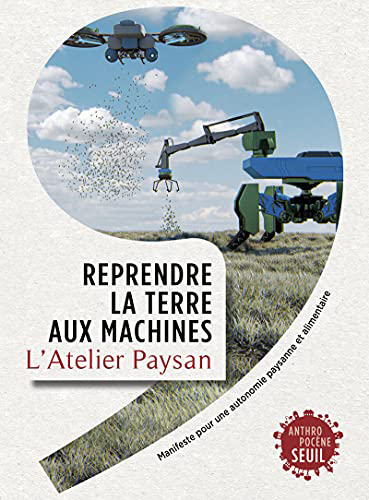 Agricultural machinery self-construction cooperative that supports farmers in the design and manufacture of machines and buildings adapted to small-scale farmer agroecology. By re-mobilizing producers on technical choices around farm work tools, the objective is to collectively regain technical sovereignty and autonomy through the reappropriation of knowledge and know-how.

Of the collective work by the Atelier Paysan: “Taking back the land from the machines” éditions du Seuil, 2021. Saturday 23 October 2021 – Galerie Passère. Free entry. 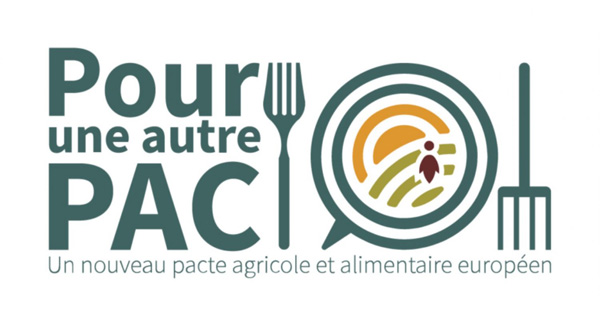 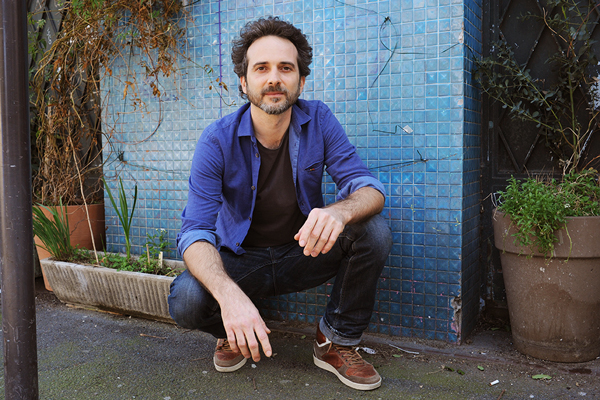 Director and cinematographer. Boisseaux-Chical has produced numerous reports and documentaries in Africa and Asia. From Ouagadougou to Mount Fuji, he seeks to shed light on the beauty, mystery, and magic of humankind, giving a voice to those who hold the hope of a better, more united world. Also a specialist in transmedia and new forms of interactive writing, he produced and directed the web documentary We Speak Hip Hop with Vina Hiridjee www.wespeakhiphop.fr

Le sens de la Terre (The Meaning of the Earth)

The German collective Decrustate has developed a unique technique for fixing and peeling off original land surfaces all over the world. The collective brings these visual and haptic works of art, which they call Decrustates, into new contexts within conceptual art, the environmental art scene, and architecture.

Pétanque competition with the collective in the Cour des Artisans on Sunday October 24 at 3:30 p.m. A small part of the surface area of ​​the Pétanque court (10cm) will be “crusted”, that is to say removed, sealed and given to the winner as the main prize. Each “decrustation” is a unique artistic piece. Subscribe : contact@festivalautrerapportalaterre.com 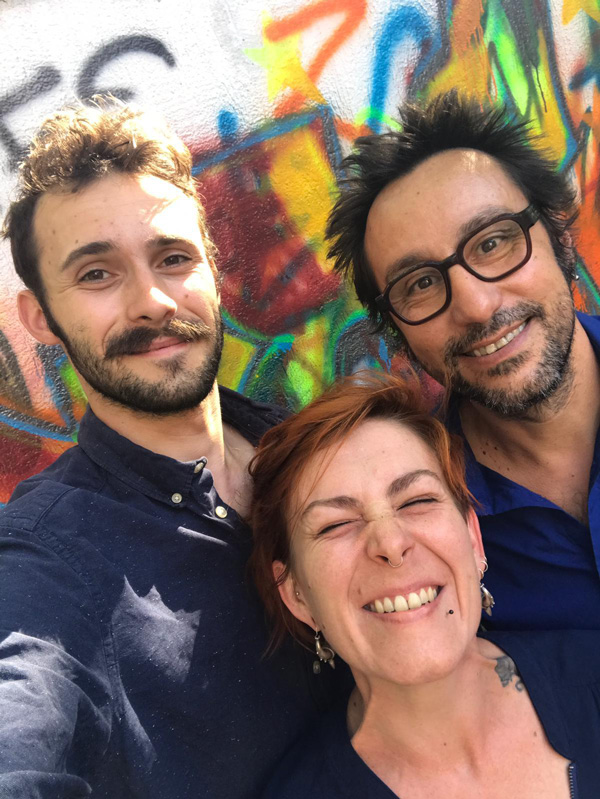 François Arbon is a self-taught musician and tinkerer from Clermont-Ferrand, where he worked as a repairer of wind instruments for 10 years. As an insatiable poly-instrumentalist, he multiplies his encounters and generously invests in very different musical territories. Iris Kaufmann is a multifaceted sound artist and ethnologist. Born in Cairo, after a childhood traveling, it is by surveying the streets and bistros of Marseille as well as in Languedoc festivals and carnivals that she discovered the culture of the near, the music and dances, the customs, the languages ​​of the here. She has been collecting songs, sounds, words, and objects for almost 15 years, a long-term sound research project that constitutes an important base for the development of her artistic approach. It nourishes creation when it does not become its very object. Her practice is intended to be both the fruit of research into traditional repertoires, sound material, and the bud of a raw poetic experience of passion. Raised between the landscapes and collective imaginaries of the Massif Central, Romain Maurel is a musician, poet, and observer of singular popular arts and oral traditions. Having earned his stripes at a very young age as a ballroom musician and storyteller, in his creations he considers traditional music primarily in its confrontation with other forms of artistic expression and regularly combines it with dramaturgy, improvisation, and electro-acoustic music.

Sunday October 24 at 11:30 a.m. at the Cîmenterie. Festival closing brunch. A hat will be passed around. Free entry. 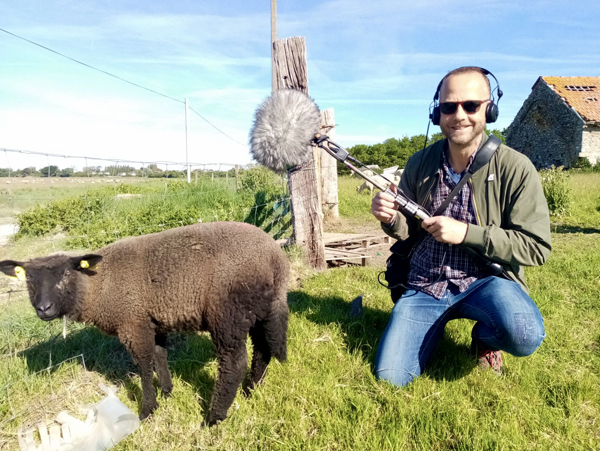 Having become a journalist and writer after a radical professional retraining, Yves Deloison writes for Le Canard enchaîné, Pleine vie, Le Courrier de l’Atlas, Témoignage chrétien, L’Express, Le Poulpe, investigative media partner of Mediapart, and numerous other French publications. He is the author of numerous books including Il était une bergère (There Once Was a Shepherdess), published by Le Rouergue in 2020, in which he discusses major agricultural issues. In connection with this theme, Deloison has directed La Jeune fille et la ferme (The Young Girl and the Farm), a sound documentary for Arte Radio which will be previewed at the Salagon Museum as part of the festival “Un autre rapport à la terre”.

Saturday 23 October at 10:30 a.m. at the Salagon Museum,during the listening session to the sound documentaryLa jeune fille et la fermein partnership with Arte Radio as part of the reopening of the exhibition “Farm Interior”. Breakfast offered. Free entry

Sibylle Duboc’s photographs use the information function of Google Maps and suggest using the satellite to capture a complete image of the ecumene, made up of areas exploited by humans, isolated from the world and to which access is often prohibited. The choice of an anthropogenic landscape motif as well as the use of the photographic medium or the representation of aerial images as maps in volume allow for a reflection on the relationship humans have with their environment. 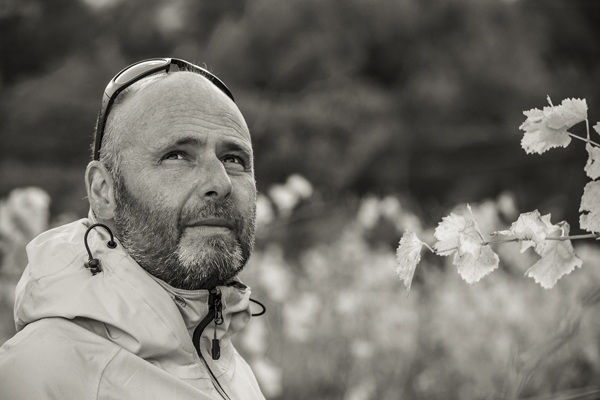 Winegrower in Maubec, Luberon Sommelier by training, Gros took over the vines on the northern slope of the Luberon in 2001 with the ambition of producing great gastronomic wines. Long and precise aging, plot vinification, very old vines… He seeks to express all the complexity and depth of the Luberon terroir.

Tasting and meeting with Guillaume Gros during the “Natural Wines, Living Wines” event 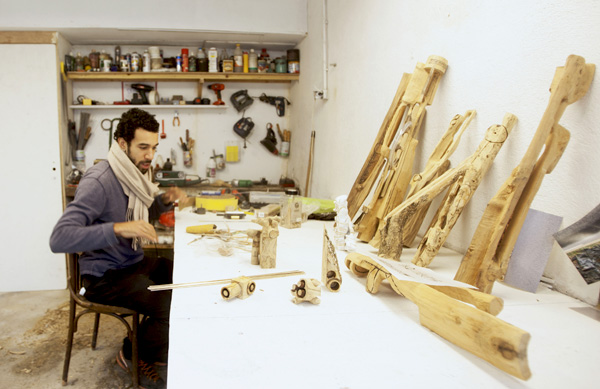 Theo Guicheron-Lopez has an artistic practice that questions our relationship with artificial floors. They are ubiquitous and go unnoticed as they form our roads, our paths, our sidewalks. In his sculptures, grains of bitumen cover wood, which disappears as if absorbed by the asphalt. Theo Guicheron-Lopez questions the way we look at the materials in our environment and broadens our sensitive experience of the world. 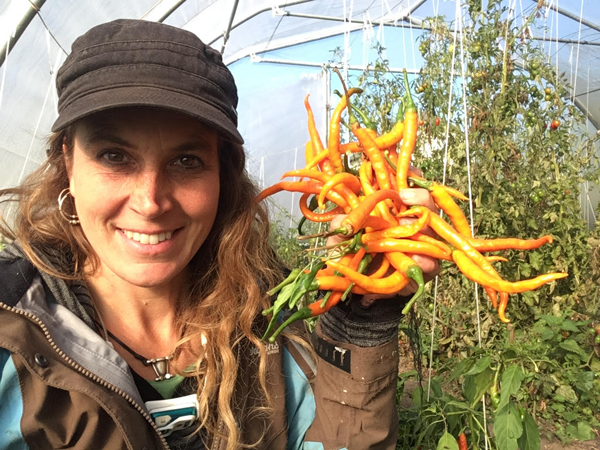 Alias ​​Juana La Loca, is a landscape architect and permaculture designer. She runs a permaculture project north of Berlin with forest garden structures and a small vegetable nursery, where she shares her knowledge at seminars on permaculture. She places particular emphasis on creating soil and planting trees, but above all, she wants to empower people to follow their intuition and connect with the earth.

Encounter with Johanna Häger, on opening night at the Cinema du Bourguet

In partnership with Arte, Thursday October 21 at 6.30 p.m. Performance 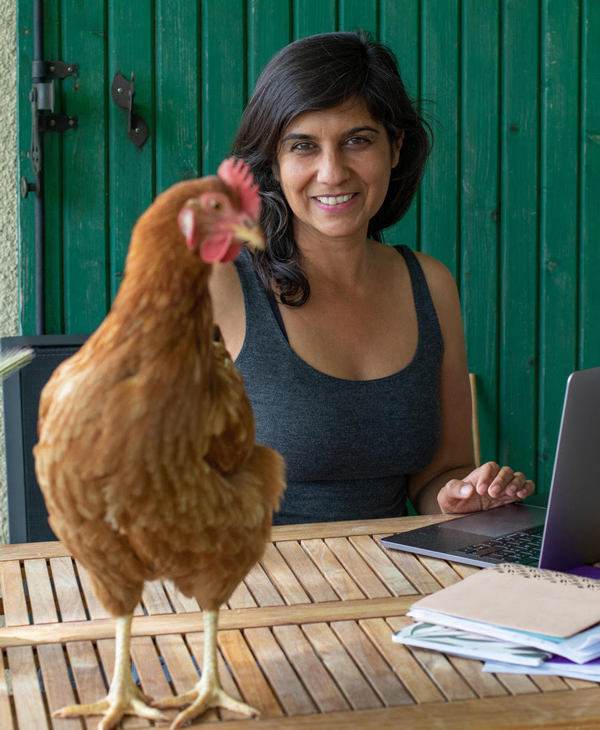 Director and journalist. After 15 years of scientific (France 2) and cultural (Arte, TV5) reporting around the world, Vina now lives between France and Germany. She is the initiator of the web series “Le sens de la terre”, which connects farmers in Provence and in Uckermark in Germany who practice agriculture on a human scale, one that is essential to our happy survival. Farmers who are lovers of the living.

The meaning of the earth 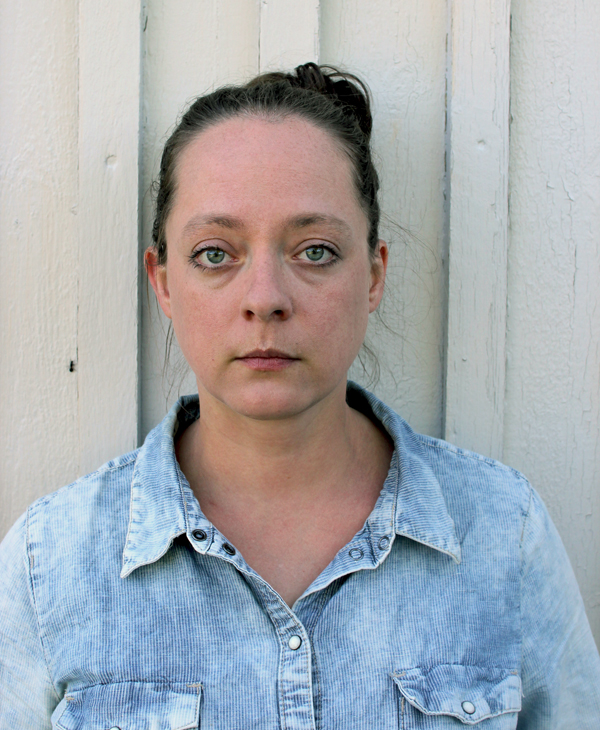 With a conceptual approach, Marte Kiessling reflects on the closely related themes of archive and memory. His works react directly to the environment and take as a starting point everyday experiences from a personal point of view. These are often framed events that would go unnoticed in their original context. 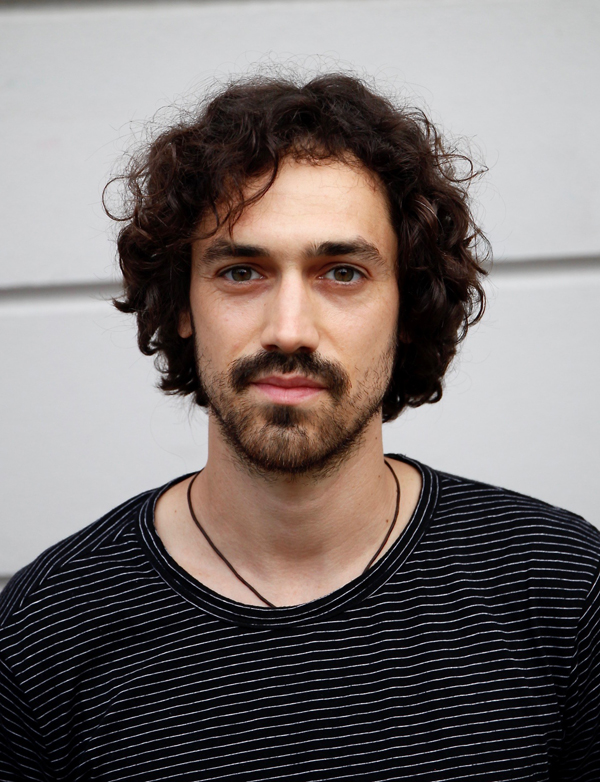 Works mainly on projects with a strong reference to nature and the environment. Environmental awareness and sustainability issues are central to his artistic work. In recent years, his artistic practice has mainly been characterized by installations, performances and interactive cuisine. 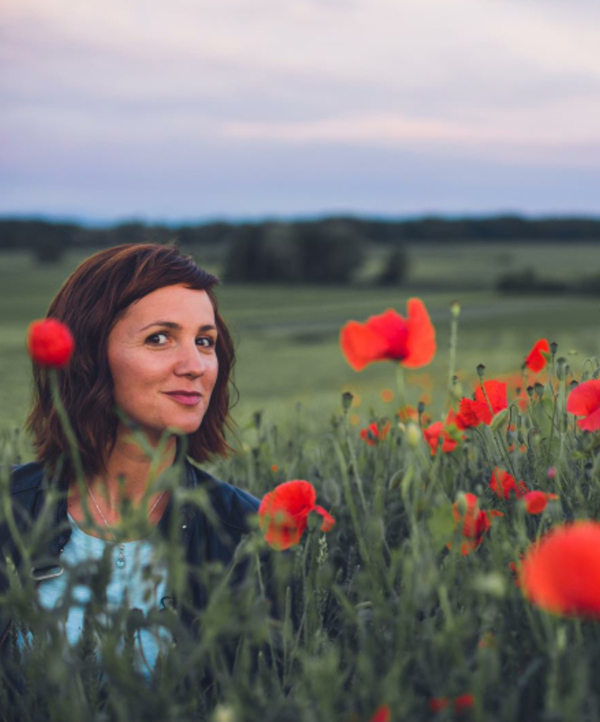 popular science journalist for the Arte program Xenius, a conference moderator, and the author of “Climate Solutions Explained, Episode one: The Exponential Roadmap” for We don’t have time. A specialist of Franco-German, she is engaged in ecofeminist citizen initiatives in Berlin and in her spare time participates in a permaculture and experimental self-sufficiency project. Emilie Langlade will lead the debate which following the screening of the film ‘Repairing the Earth’ during the Festival opening night on Thursday, October 21 at 6.30 p.m. at the Cinéma du Bourguet in partnership with Arte. 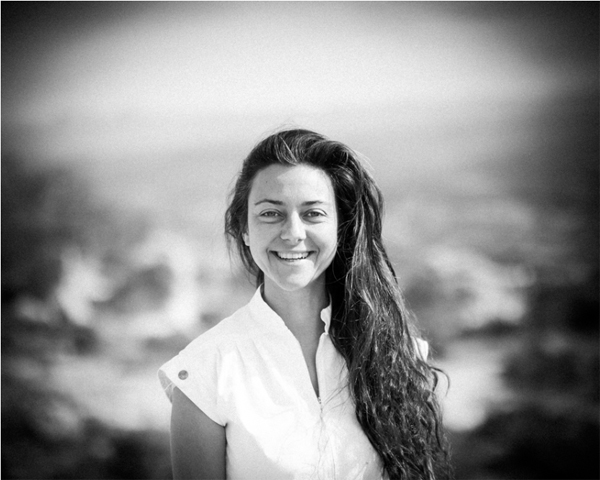 Documentary writer for cinema, radio France and independent collective reviews, Céline Laurens chose in 2016 to convert to naturopathy. In 2019 she returned to settle in Forcalquier, where she was born, to create a therapeutic farm project, where goat breeding, permaculture and naturopathy seek the right form to intertwine… To be continued … 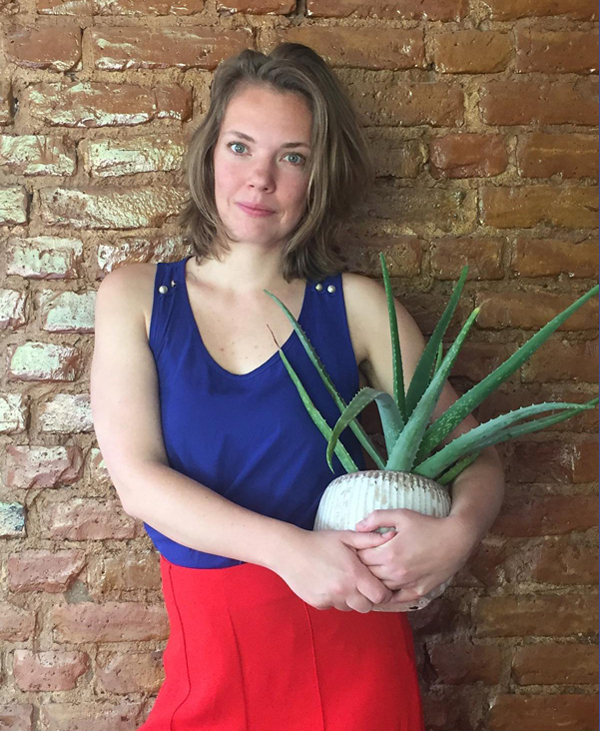 Berlin-based curator and art historian. Maske’s work focuses on ecologically immersive and participatory artistic experiences. She holds a certificate in Permaculture Design and utilizes the permacultural approach in artistic projects. She is also the co-founder of Grüner Kultur, near Berlin, which hosts workshops and gardening days and strives to bring the areas closer together.

Born in Istanbul, Gülşah Mursaloğlu is an artist based in Berlin. She is interested in materiality, the will of matter, and the relationships that humans and other species establish over time. The installations she presents, after long research processes, do not remain as they were initially exhibited, but become dynamic and fluid systems with progressive extensions that develop throughout the exhibition. 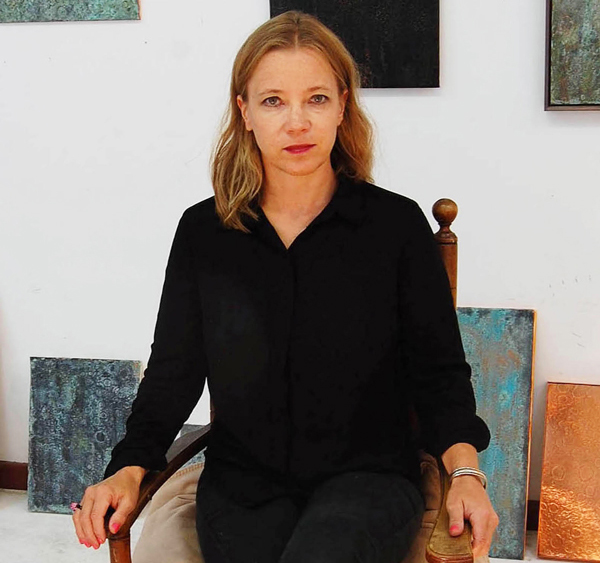 Jennifer Oellerich combines science and poetry by creating archives of rain, collecting and staging snowflakes, and transferring weather symbols into minimalist compositions. Faced with climate change and an increasingly threatening nature, her work questions humanity’s relationship to its environment and its integration into nature. 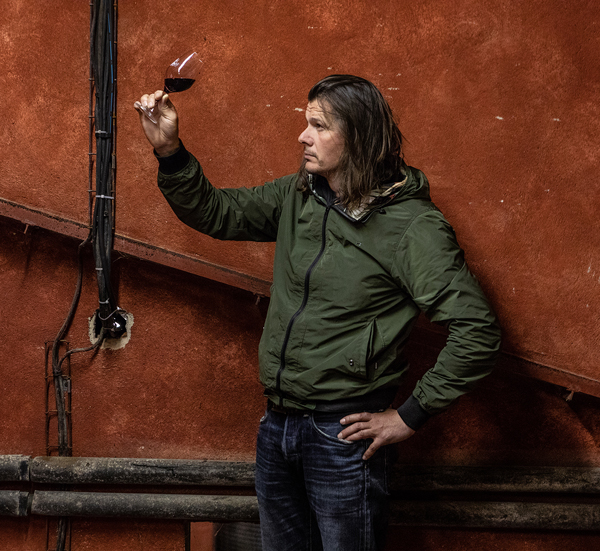 Winemaker, Domaine Le Mas de mon Père, Malpère. Frédéric Palacios grew up in vineyards and moved between different organizations in Languedoc before returning to where he grew up and taking over his father and grandfather’s vineyards in 2005. He wishes to express the land of Malpère on which he grew up in the most profound way, land which is geologically, geographically and climatically an area of ​​immense complexity.

Tasting and meeting with Laura Aillaud during the “Natural wines, living wines” event 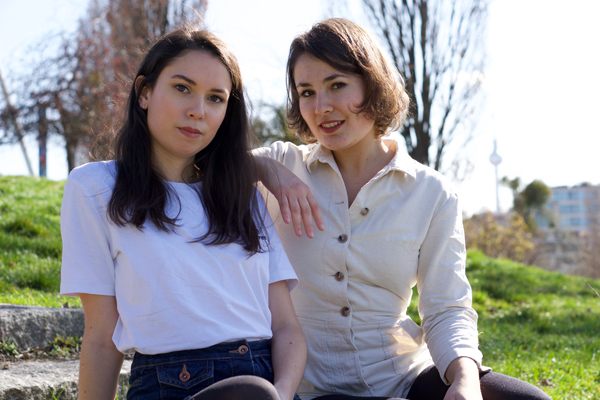 Synchrone is an intercultural sound project created by Camille Sarazin and Chloé Cosson which aims to question received ideas on a wide range of environmental themes. In a first season in ten episodes, the podcast scrutinizes the ecological transition in France and Germany. How can we imagine a more ethical fashion? Can we travel in a more respectful way for the planet? Through interviews, reports and discussions and with episodes available in both French and German, Sarazin and Cosson take listeners on a journey to discover these subjects on both sides of the Rhine. synchronepodcast.com

Find the Synchrone podcasters in Forcalquier throughout the festival. 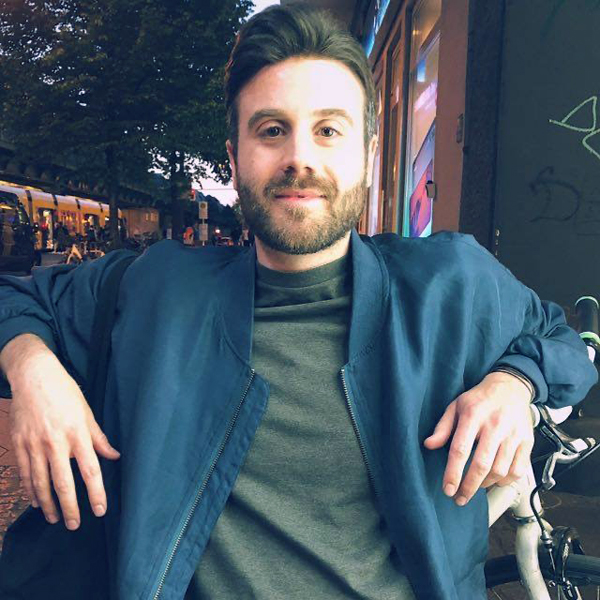 Author, director and storyteller working for more than 10 years in the field of scientific television for Arte and all public broadcasters in Germany. During the summer months he made it his mission to teach German language and culture to young people around the world and runs a language school in Berlin.

Find Timothy in Forcalquier throughout the festival.

FESTIVAL ANOTHER RELATIONSHIP TO THE EARTH 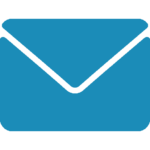